Mac Seibert Jr is currently playing for the Tampa Bay Rays. It is clear that baseball runs in the Seibert blood… His father, Mac Seibert, played baseball at Jacksonville State University and was drafted by the Detroit Tigers … played for the Victoria Generals of the Texas Collegiate League in 2013 and for the Xenia Scouts of the Great Lakes Summer League in 2014 … was drafted in the 36th round of the 2012 Major League Baseball First-Year Players Draft by the San Diego Padres and in the 34th round of the 2013 MLB Draft by the Atlanta Braves.
The University of Auburn at Montgomery: 2016 [SENIOR YEAR]- Seibert appeared in 56 games as a senior, hitting .337 with a team-high seven home runs and 38 runs batted in. He added six doubles, three triples, scored 28 times and walked 27 times, a mark which ranked second on the team. He tallied a team-best 18-game hitting streak during the season and finished with nine multiple-RBI games. 2015 [JUNIOR YEAR]: Played in 38 games for the Warhawks, earning the starting nod in 32 … batted .305, collecting 32 hits in 105 trips to the plate … accounted for nine extra-base hits, with six doubles and three home runs … scored 10 runs, while driving in 18 … posted a .448 slugging percentage, good for second on the team … finished with a .982 fielding percentage, committing only two errors for the season … drew 13 walks … had 10 multi-hit games, with eight two-hit performances and two three-hit performances … recorded a total of five multi-RBI games, collecting two RBIs three times and three RBIs two times … batted .300 in conference play, going 15-for-50 … had a slugging percentage of .480 and an on-base percentage of .397 versus conferences opponents … knocked a season-high three base hits against Martin Methodist on March 15, a game in which he also hit a home run and drove in three runs … hit a walk-off home run against Bethel University on March 21.
Meridian Community College: Played two seasons at Meridian Community College in Meridian, Miss. … saw action in 47 games as a sophomore, hitting .270 with 11 doubles, 23 runs batted in and 18 runs scored … finished with 40 hits in 148 at bats … also walked 14 times and had two stolen bases … played in 43 games as a freshman … collected 33 hits in 115 at bats, good for a .287 batting average … had eight doubles and three home runs … drove in 18 runs and scored 21 runs … walked 18 times.
Tate High School: Lettered in baseball for head coach Greg Blackmon … helped the Aggies to a 22-6 record, including a 12-2 mark in district play, as a senior … earned all-district honors his final season after hitting .289 with seven doubles, two home runs and 23 runs batted in … added 15 runs scored and 12 stolen bases … recorded a .400 on-base percentage … earned all-area honors his final two seasons. 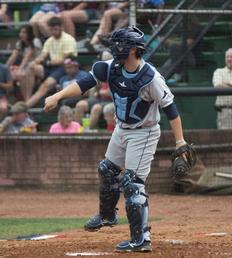 Phil Hiatt played with three major league baseball teams during his career the Kansas City Royals (1993-1995), Detroit Tigers (1996), and LA Dodgers (2001). Phil Hiatt broke into the big leagues as a third base man and later, in his career, played first and out field.

Marc Seibert was born and raised in Pensacola, Florida, where he graduated in 1988 from J.M. Tate High School. Marc played third base for the 4A Florida State Championship team his sophomore year in 1986. Marc finished his career at the University of South Alabama in 1992, where he played third base and co-captained the Jags to a Sunbelt Conference Championship and berth in the NCAA Regional Tournament.

Marc is a twenty year veteran of federal law enforcement, and he and his family live in Spanish Fort.  Marc is the father of Mac Seibert.

Tim Spooneybarger was drafted by the Atlanta Braves in the 29th round of the 1998 Major League Baseball Draft and spent three seasons in the minors, where he compiled an outstanding record of 11 wins, 2 losses and 16 saves with a 1.79 ERA. He made his major league debut with the Braves on September 5, 2001. Spooneybarger spent most of the 2002 season in the majors recording a 2.63 ERA in 51 games for the Braves. On November 18, 2002, Spooneybarger was traded to the Florida Marlins along with minor league pitcher Ryan Baker for Mike Hampton.

He started 2003 in the majors appearing in 33 games before going on the disabled list with elbow tendinitis. Before beginning a rehabilitation assignment, he was forced to have Tommy John surgery and miss the entire 2004 season. On July 20, 2005, while rehabilitating, he left the game due to pain and later learned he would have to undergo Tommy John surgery for a second time. The Marlins released him after the 2005 season and Spooneybarger would be out of professional baseball for the next two years.

In May 2008, he signed with the Baltimore Orioles and played for the team’s Low-A affiliate the Aberdeen IronBirds.

BLAKE McGINLEY
Blake McGinley was selected by the NY Mets in the twenty-first round in 2001 out of Texas Tech University. He pitched for six seasons with the NY Mets organization and one with the Florida Marlins. He posted a 41-23 record with a cumulative ERA of 3.18 over the seven season including four seasons in AAA. During his minor league career, he struck out 505 batters and walked only 137 in 518.2 innings appearing in 256 games. He was selected as an all star in both 2002 for the Southern Atlantic League (A) and in 2004 for the Eastern League (AA).
Blake then became a pitching coach for the Miami Marlins organization for three years. During his professional coaching career, he was selected as the pitching coach for the South Atlantic League All-Star team in June 2012. 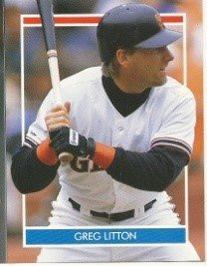 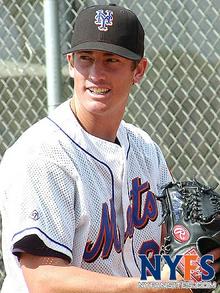 Eddie Jack “Scooter” Tucker is an American former Major League Baseball catcher. Tucker played for the Houston Astros (1992–1993, 1995) and the Cleveland Indians (1995). Originally drafted by the San Francisco Giants in 1988, Tucker is now the manager of the Lake County Captains.

He broke into the big leagues with the Houston Astros
He played college baseball for Delta State University
He was traded to the Cleveland Indians for pitcher Matt Williams in 1995
He is currently the manager of the Lake County Captains, the single-A affiliate of the Cleveland Indians

Greg Litton was drafted by the San Francisco giants in the first round of the 1984 draft. He played for the Giants (1989-1992), Seattle Mariners (1993), and Boston Red Sox (1994). The positions he played most were second base, shortstop, and third, and is currently the TV announcer for the Pensacola Wahoos.

He holds the major league record for postitions played during his career, having played all nine.
He batted 500 in the 1989 World Series against the Oakland Athletics.
He hit a 2 run home run in game 4 of the World Series.
He hit a pinch-hit grand slam in the top of the 13th inning on October 4, 1992.
He finished he career with a lifetime batting average of .241, 13 HR, 97 RBI, and 78 runs scored in 374 ballgames. 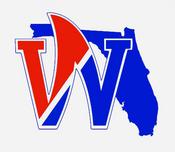 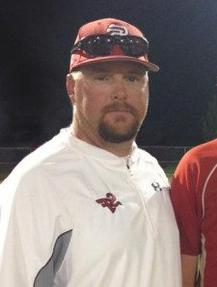 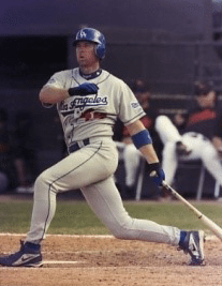 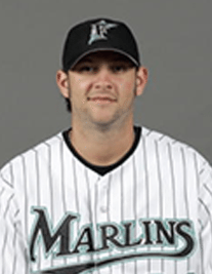 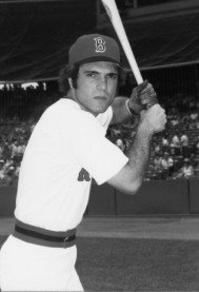 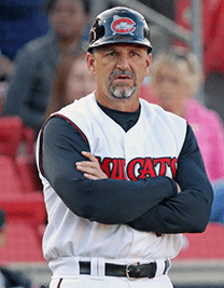 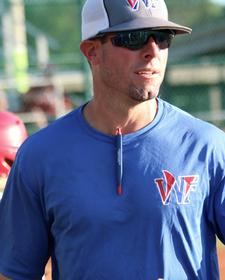